New Jersey Says No to Drinking and Droning 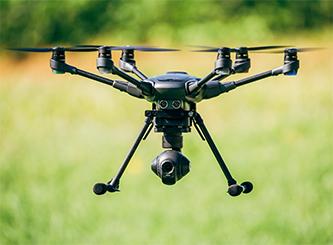 A measure has passed through the New Jersey legislature that makes it a disorderly person’s offense for someone to be under the influence while operating a drone. This includes both drugs and alcohol and would carry a sentence of up to six months in prison or a $1,000 or both. It also has similar penalties for the use of drones to aid in hunting. This mark the first statewide bill mandating the use of drones. The bill passed Thursday, December the 7th on a 39-0 vote.

Drones are becoming more and more a part of our everyday world, both in personal and professional usage. Hundreds of drones will be wrapped up underneath Christmas trees throughout New Jersey this year. While in the business sector Amazon is investing huge amounts of money to make the idea of drone deliveries a reality.

With any emergent technology new laws have to be carefully legislated to ensure this technology isn’t an intrusion into our lives. Think of the heated debate regarding privacy issues that have raged throughout the world as the use of cellphones becomes ever more pervasive.

Senator Paul Sarlo who drafted the legislation said it is not in response to any particular incident but is a proactive measure to regulate usage as they become more prevalent.

The legislation also prohibits the flying of drones near correctional facilities.

New Jersey is not alone in moving ahead with drone legislature. The National Conference of State Legislatures reports at least 38 states are considering new laws.

If you are seeking representation for a DUI/DWI whether you were driving a car, truck, or drone call today for a free consultation 800-709-1131 or fill out a contact form on our website for a no-cost consultation.We hope to hear from you today!

For the most part, anyone reading this post can accurately and succinctly describe what a lawsuit...