Alimony is always a sticky point in a divorce. Two years ago, they 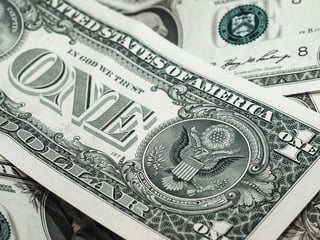 amended the alimony statute to allow reduced payments based on circumstances may now allow for it to be retroactive.  This is a really big deal.  While Judge Jones has the correct understanding about the current state of the economy, lack of jobs, lack of good paying jobs, making the changes retroactively is a slippery slope.  In this case, the husband lost his high paying job, but luckily found another job but was a decrease in salary. He continued paying alimony from his severance, once that ran out he applied to the court for a reduction. This makes sense so far. Some proponents believe it should be retroactive to before the amendment was changed in 2014 which would allow the reduction of alimony he was paying from the severance. This could open a Pandora's box. When laws changed, they should not be retroactive. If someone wants to adjust their alimony, they seek the relief from that day forward, not retro.  In this particular case, the husband should have filed to have the alimony reduced once he determined he could not locate a comparable paying job.

If you are in need of a NJ Divorce lawyer, call today for your free consultation or visit the website, www.simonattorneys.com

New Jersey's 2-year-old amendments to its alimony statute that allow reduced payments based on changed circumstances may be applied retroactively, a trial judge has ruled.

In a published opinion that cited the "harsh present-day reality" that many people lose their jobs never to regain their former earning power, Ocean County Superior Court Judge Lawrence Jones said there were no indications that the Legislature intended the amendments to the statute, N.J.S.A. 2A:34-23(k), to be applied only prospectively when they became effective on Sept. 10, 2014.

Jones, in his ruling in Mills v. Mills, issued on Oct. 7, said that under certain circumstances, fairness and equity require that the amendments be applied retroactively.

"An overly restrictive reading of the statutory amendments would have the impact of immediately blocking and prohibiting an entire generation of people, who happened to be divorced before September 2014, from ever invoking the liberalized terms of the amended statute," Jones said.

The case involves a couple, John and Lisa Mills, who divorced in 2013 after 13 years of marriage. They have two children, ages 13 and 11, according to Jones' ruling. At the time of their divorce, John agreed to pay Lisa limited-duration alimony at the rate of $330 a week and child support of $200 a week.

In January 2015, John lost his job after his employer eliminated his position. He was given a $35,000 severance package. In April of that year, he accepted a new job at another company that paid him $70,000 a year, plus a $6,000-a-year car allowance. Near the end of the year, John received a $6,000 performance bonus.

For a while, John was able to maintain the $330-a-week alimony payments thanks to his severance, but in November 2015 that source of funds was exhausted and he applied to the court for a reduction in alimony payments based on the changed circumstances of his reduced earnings of $82,000 a year.

Jones said John should be allowed to avail himself of the amended alimony statute, even though he and Lisa divorced before the amendments were enacted.

Amanda Trigg, a litigator who focuses her practice on family law and who was not involved in the case, said Jones' ruling makes common sense.

"It's a good example of how the amendments are supposed to work for people who divorced before 2014," said Trigg, of Hackensack's Lesnevich, Marzano-Lesnevich & Trigg. John Mills, she said, made a good-faith effort to keep up with his alimony obligations by using his severance package, but was unable to do so after that package was used up.

Before the amendments, there were a variety of differing opinions as to whether alimony agreements or orders could be altered based on changed circumstances, Jones said. The 2014 amendments clearly allow a judge to now consider a wide variety of factors to determine whether changes in alimony are warranted, he said.

Jones said in this case there were two major factors to consider: First, was John's decision to take a lower-paying job objectively reasonable under the circumstances? Second, would an alimony adjustment be fair and reasonable to both parties? Jones said the answer to both questions was yes.

He ordered John's alimony obligation reduced to $250 a week, and also reduced his child-support payments to $194 a week.

"For many people, the harsh, present-day reality is that once they lose a position, they may never return to a similar income, no matter how diligently they try," Jones said.

"At the very least, a person who has lost a longtime job in the current financial climate may need a reasonable transition period to seek new employment," he said. "Further, such re-employment may out of necessity be at a significantly lesser salary than he or she previously earned at a prior job."

Jones said that had the Legislature meant for the amendments to be applied only prospectively, it could have said so explicitly.