An Affidavit Can Save You Time and Money 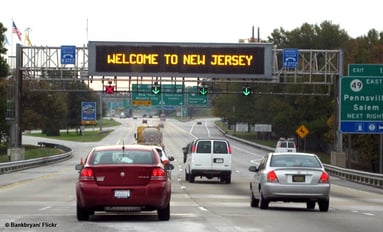 From grocery shopping to picking up the kids, our day-to-day existence is a never-ending battle for more time. Going to court to fight a traffic ticket is just another thing that is stopping you from spending time doing the fun things in life. It's a dilemma, wanting to protect your insurance rates by fighting the ticket but not wanting to spend valuable time in a court.

There is one possibility that you may be able to have it both ways. For the millions of people who work or simply drive through the Garden State but don't reside here, they may be represented by a 'Plea by Affidavit.' Generally, if it's going to take you more than two hours to appear in court, this sort of strategy will be allowed.

Here's what would happen...

We would be retained by the client and create a retainer saying that we are able to appear in their place. The attorney would make that appearance on the client's behalf in court, and would argue the case as if they were there. Once an outcome had been determined, the client is contacted to give them the (hopefully) good news. The client will be sent an affidavit which states that he understands the outcome and would mail it to the court.

Unfortunately this isn't always a possibility. There are some courts that altogether will not accept pleas by affidavit. Also, some judges are far stricter when it comes to how reasonable the travel time is.

If you have a case that could be a potential for a plea by affidavit, please reach out and ask us about it. Although not every case will qualify we would be happy to reach out to the court for you and check, at the very least we may be saving you some precious time.