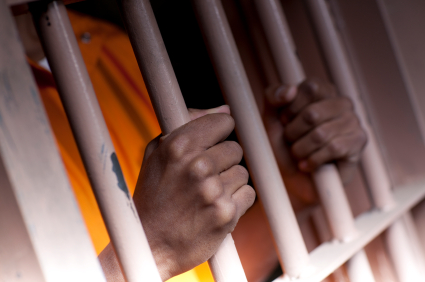 Well, even in New Jersey the blind squirrels got the nut.  In this case, the question came as "does the

defendant have a right to view any evidence/all evidence relating to his case". Prosecutors argued no. It was the state's position that allowing a defendant to view an alleged victim's home causes too much of a burden and violating the privacy rights of the poor helpless victims.  The court correctly found th

Have you been charged with a criminal act? Speak with a NJ Criminal Law Attorney today for your free consultation 800-709-1131me when the defendant is able to show a reasonable likelihood that there is some probative value to be served by the inspection. The court went on to state that abusive discovery tactics with the objective of causing intimidation, harassment, or for the purpose of simply abusing the alleged victim is an illegitimate reason for access to an alleged victims home.

The New Jersey Supreme Court has ruled that defendants in criminal cases may be allowed to inspect the homes of their alleged victims if the homes are also the crime scenes.

In a unanimous ruling issued Sept. 24, the court said inspecting the home of a crime victim, under certain circumstances, may be necessary to ensure that the defendant can prepare an adequate defense and receive a fair trial.

“When the defense has made a legitimate request to inspect a crime scene that is an alleged victim’s home and has articulated a reasonable basis to believe the inspection will lead to relevant evidence on a material issue, then, subject to appropriate time, place, and manner restrictions intended to protect the privacy interests of the alleged victim and her family, the discovery should be granted,” Justice Barry Albin wrote for the court in State of New Jersey in the Interest of A.B.

Albin said judges will have to balance the rights of a defendant to be able to prepare a case against the privacy rights of a crime victim.

“Participation in the criminal justice process will undoubtedly be a source of inconvenience and anxiety, and will result in some incursion into privacy rights of witnesses,” Albin said. “Some of these adverse consequences are the inevitable price that must be paid to ensure the accused receives a fair trial.”

The Association of Criminal Defense Lawyers of New Jersey participated as amicus. Its attorney, Jeffrey S. Mandel, said the court struck the proper balance between a victim’s right to privacy and a defendant’s right to a fair trial.

There may be evidence that a defendant’s lawyer will find only through an on-site inspection and not merely a review of photographs and other evidence obtained by law enforcement’s prior examination of the scene, Mandel, of Cutolo Mandel in Manalapan, N.J., said.

“Importantly, the Supreme Court made it clear that judges can issue an order that compels an owner of private property to open that property up for inspection under appropriate circumstances,” Mandel said.

The case decided by the court involves a defendant, identified only as A.B., who, when he was 17 years old, allegedly sexually assaulted his 6-year-old niece at her home in Old Bridge, N.J., during a Fourth of July barbecue in 2011 and on other occasions. The girl said at least one of the incidents occurred in her bedroom, according to the opinion.

The police took a total of 41 photos during their inspection. A.B.’s attorney, however, asked a judge to permit him to inspect the house as well. The attorney argued that the girl’s story could not be true since her room was easily visible from other areas of the house and from outside as well, and that was not reflected in the state’s photos, the opinion said.

The Appellate Division affirmed and the Supreme Court agreed to hear the appeal.

Both the Middlesex County Prosecutor’s office and the Attorney General’s office, which also participated as amicus, objected to the search, saying it would violate the privacy rights of the victim and her family.

Albin said a defense attorney’s right to inspect a crime scene is “critical” to the preparation of a defense.

“A criminal trial where the defense does not have ‘access to the raw materials integral to the building of an effective defense’ is fundamentally unfair,” Albin said, quoting the U.S. Supreme Court’s 1985 ruling in Ake v. Oklahoma.

He also noted a 2003 case from the U.S. District Court for the Eastern District of New York—Thomas v. Kuhlman—in which an attorney’s failure to inspect a crime scene led to a ruling of ineffective assistance of counsel.

Albin said that for the defense to be allowed to inspect a crime scene that is also the victim’s home, the defense must show a “reasonable likelihood” that there is some probative value to be served by the inspection.

The standard is not as tough as the “substantial showing of need” required for a victim to be required to undergo a psychological or physical examination, Albin said.

But Albin warned that the process must not be abused.

“Courts must guard against abusive discovery tactics that can have a chilling effect on the readiness of witnesses and victims to come forward and participate in the criminal justice process,” Albin said. “Any discovery request that has as its objective causing intimidation, harassment, or abuse of the alleged victim is wholly illegitimate and must be denied.

“We will not sanction the use of the criminal justice system for an impermissible purpose,” Albin said.

In this case, he said, the trial judge did not abuse his discretion in allowing A.B. access to the victim’s home for a brief inspection.

A.B.’s attorney, New Brunswick, N.J., solo Jack Venturi, was away from his office and could not be reached for comment.

"We are gratified that under the Court's ruling, a defendant is not permitted to access a victim's home, even if that home is the scene of the crime, unless the defendant demonstrates a reasonable basis to believe that the home inspection will yield relevant evidence concerning a material issue. We are disappointed, however, that the defense was deemed to have met their burden under the facts presented in this case," said Deputy Attorney General Daniel Bornstein.

When (if) the state creates a risk to ones safety, the State may be liable. It's a basic premise...

Here we have a case of the defendant being accused of shoplifting. The trial court did not violate...

One step closer to approval

If you have been charged with a criminal act in New Jersey, Call today...