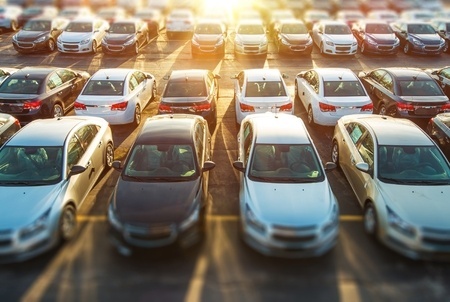 Imagine you have been having financial trouble because maybe your spouse lost their job, or maybe you have high medical bills, but you're doing the best you can to make the minimum payments. However, making sure you have food on the table is the priority, sometimes other bills can slip a month or two here and there.

There are devices that can be installed in automobiles which are being financed for those with bad credit or no credit. The devices are called "payment assurance devices" These devices can be used to disable the ignition if the owner falls behind on payments.  Currently the article doesn't indicate how far behind.  However, like any other control, there can be abuse.

We will have to wait and see what our esteemed government officials will do. The legislature has already given approval of the revised bill.

If you are having financial difficulty and need assistance with stopping a foreclosure or are contemplating bankruptcy, give us a call. You can speak with a Bankruptcy Lawyer free of charge to get a consultation to see if you qualify. Call today 800-709-1131 or complete the online form and we will call you! Click here.

NJ Moves to Restrict Use of Automobile Shut-Off Devices

The New Jersey Senate has given final legislative approval to a bill that would regulate and restrict the use of payment assurances devices on automobiles, which are attached to cars and trucks under finance and are used to disable the ignition if the owner falls behind in his or her payments.

Both the Assembly and Senate passed the bill a second time after Gov. Chris Christie made a number of recommendations in a conditional veto in February.

Proponents of the legislation say that often, those purchasers have no choice but to agree to the installation of those devices if they are going to be allowed to make a purchase through financing. The sponsors—Assemblymen Paul Moriarty, D-Washington Township; Craig Coughlin, D-Middlesex; and Raj Mukherji, D-Hudson—estimate that about 2 million such devices have been installed nationwide.

Currently, New York, Pennsylvania, Rhode Island and Virginia are all considering similar legislation, the sponsors said in a statement.

Frivolous litigation can seriously cost you.  Lawyers and clients alike should be careful not to...

In a news cycle that saw a bride arrested for a DWI on the way to the wedding. A story out of Texas...