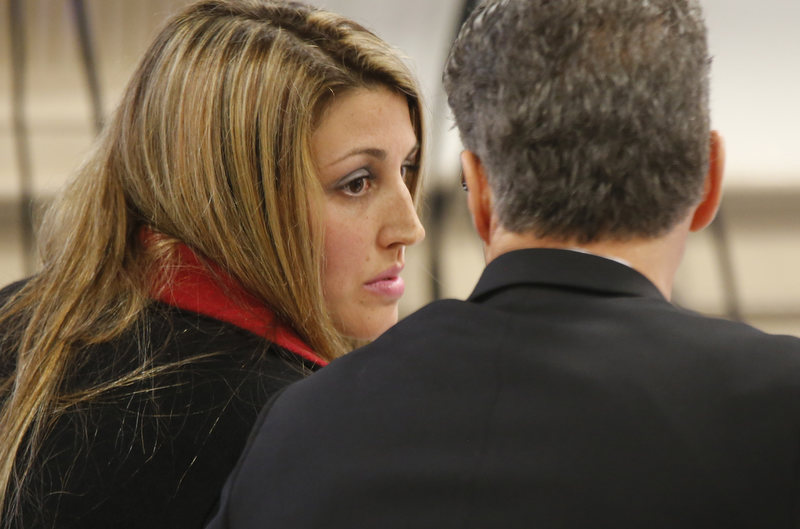 It’s often joked among adults that, as teenagers in high school, they had ‘desires’ or ‘fantasies’ of sexual relations with a certain very-attractive teacher. However, consensual sex between teacher and student actually does become a reality for some 18-year olds, otherwise legal adults, and like it or not, the consequences can land the teachers in a world of trouble.  This applies in the few cases where administrators discovered such misconduct.  Frequently, we hear on the nightly news of several cases in which teachers engaged in such activities, and many are arrested, as the students are minors. However, certain cases have sparked controversy recently, as they’ve been linked only to consenting adults, 18-year old students who definitively said “yes.” Should the teachers receive administrative punishment from the school, criminal charges with possible prison time, or nothing at all?

The most recent case occurred in Morris County, where it was discovered that Nicole McDonough, age 32, had sex on numerous occasions with three male students, who were all consenting 18-year old adults; said activities occurred between 2013-2014.  She was suspended after her arrest in December on “official misconduct” charges, yet her attorney claims the young adults were treated no differently in the classroom.  McDonough faced a prison sentence of up to five years for her alleged crimes of official misconduct.  However, she was granted a three-year PTI or (pre-trial intervention) probationary period.

According to a Star Ledger article, the state assembly has proposed a bill that will “resolve” the issue of the “vague misconduct statutes that only cover acts that constitute ‘unauthorized exercise of official functions.’”  If one were to look at the bill from a layman’s standpoint, it would criminalize the act of an adult in an official capacity having consensual sex with another adult, resulting in a prison sentence of up to ten years.  The co-author of the bill, Assemblyman Raj Mukherji stated that criminalization of these acts is necessary even when a high-school student is 18 or 19 “because a teacher’s supervisory and disciplinary power makes any sexual relationship inherently coercive.”

However, the argument can go either way, as the area truly is “gray.”  Where does one draw the line, and what type of precedent will it set?  Will this apply to 18 and 19-year olds who have relations with their college professors? In a similar case in Piscataway, the trial judge ruled that the relationship was not unlawful.  However, the decision was reversed upon appellate review.  In the Morris County case, the judge officially decreed that the students not be labeled as “victims.” The prosecutor heavily disagreed with this.  Upon countering McDonough’s attorney’s claims that this was a victimless crime, the prosecutor stated that the victims include the community, other teachers, and other students.  His position is that other students may have felt that they were being unfairly graded.  He feels that there is a strong need to deter this type of behavior…

Assemblyman Michael Patrick Carroll, who had supported the bill, admitted, ‘there is something dicey about punishing one adult for having sex with another adult.  It just seems to be more of an abuse-of-power thing.’  The Star Ledger article also stated that “elevating it to a second-degree sexual assault charge is applying criminal code provisions to what could be non-criminal facts.  The issue is ambiguous.  The Arkansas Supreme Court, though generally inapplicable to NJ, ruled that “if a relationship between adults is consensual, non-exploitative, and physically safe, those criteria supersede age and authority.”  Therein lies the question: will New Jersey hold the same school of thought, or will it criminalize this behavior?

What are your thoughts?

If you need guidance on a potential criminal case and need to speak with a NJ Criminal Lawyer, call today for a free consultation 800-709-1131.

“DD stores ‘Dunking’ their customers with overcharging”Think you’re paying too much while picking...