Looking Back at the Landmark Anti-Drug Abuse Act of 1986 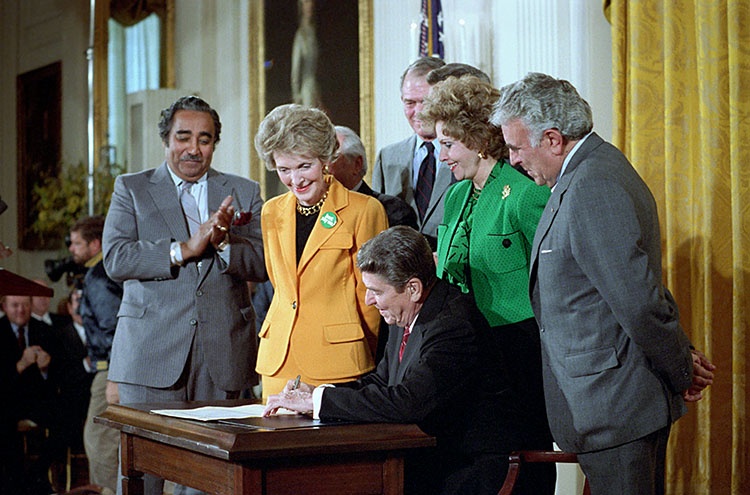 The state of New Jersey had 1,901 deaths due to an opioid overdose in 2016. It is a humbling number, and can be difficult to wrap your mind around. The United States has been battling substance abuse for as long as we’ve been a country. There have been many attempts to stifle the proliferation of drugs in our communities. Sometimes those attempts have done more harm them good. This is one such attempt and the controversy that still exists today surrounding it.

In 1986, Len Bias looked to be the NBA’s next breakout star. He was selected as the number 2 draft pick by the Boston Celtics and was said to be as explosive as Michael Jordan, then in his second season.  Returning from his official signing with Boston he returned to Maryland. There he and a few teammates used powdered cocaine at a small dorm party. Len Bias was found the next morning dead from an overdose.

During this same period in history the nation was under siege by an epidemic of crack cocaine. Leading to several high profile stories throughout the 1980’s caused not only by the drug itself but by the violence surrounding its manufacture and sale. In 1982, during a weekly speech President Ronald Reagan declared he was continuing to wage the war on drugs begun by Richard Nixon.

These societal and cultural factors led to the passing of the ‘the Anti-Drug Abuse Act of 1986.’ Congress passed the act without its usual deliberations circumventing the debate process. Congress held no committee meetings and produced no reports directly related to the Act. However 16 reports were created on surrounding issues.

What the Act itself represents is several fold, here are some of the changes it enacted…

The mandatory minimum has faced a great deal of controversy specifically the “1-100.” It has a disproportionate effect on low income minority communities where crack is most prevalent. Parts of it have been amended over time including the Fair Sentencing Act of 2010. This Act reduced the ratio to 1-18 crack cocaine to powder.

New Jersey has some of the steepest drug penalties in the country, with or without the mandatory minimum a life can be irreparably changed by a drug possession charge. If you are facing one please reach out. Having an attorney may be the difference between your freedom and jail time.

If you are seeking representation for a possession of narcotics case, or a related drug matter, call today for a free consultation 800-709-1131 or fill out a contact form on our website for a no-cost consultation. We hope to hear from you today!

A doctor who stepped in to correct a colleague’s mistake should not have been allowed...

If there is one state entity whose name carries with it controversy and strong opinions, it’s the...

How a Civil Reservation Works

There are a multitude of reasons why you would plead guilty to a traffic ticket. You may not have...