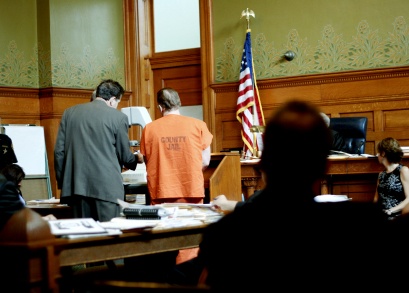 Freehold, NJ - The Supreme Court of New Jersey reversed the murder conviction of a 65-year old man, a former resident of Asbury Park, after determining he was unable to cross-examine Prosecutors’ key witness regarding a plea-bargain, cutting a possible life-sentence in prison to mere probation.

Bass was unfairly discriminated against in trial, as he wasn’t able to contest the ‘favorable’ terms of the plea bargain given to Sinclair, the government’s key-witness against him; they further noted that he was denied fundamental constitutional rights, in that he was denied the ability to confront the medical examiner (a witness against him), who passed-away prior to trial, post-autopsy on Shabazz.

19-year old Shabazz was gunned-down in December of 2006, during a “drug-fueled party” on Route 35 in Neptune, New Jersey, at the Crystal Inn Motel. He was tried in 2009/2010 before Superior Court Judge Richard W. English. Upon conviction of murder and various weapon charges, Bass was sentenced to 60 years in prison, with N.E.R.A. to apply (No Early Release Act), prohibiting parole eligibility for 57 years.

Testimony at trial signified that Bass drove a rental vehicle from his home with over $70K in suitcases, along with a loaded firearm, and checked-in at Crystal Inn, according to the Court report. He instructed the daughter of a former neighbor to purchase crack-cocaine, cigarettes and tobacco, lotto-tickets, womens’ lingerie, and alcohol. The daughter returned with the would-be Victim, 19-year old Shabazz, wherein the three smoked crack before the woman left. Bass then sent her to retrieve more contraband, and when she returned with the other would-be victim, James Sinclair, of Long Branch, Bass negotiated a purchase of cocaine from Sinclair. At this time, Bass was dressed in womens’ clothing.

The trio continued to ingest illicit substances, and then Bass shot the two, establishing an interesting end to the party. Bass and Sinclair’s versions of exactly which events transpired differed slightly in court, however.

The Supreme Court ruled that the trial judge committed an error that required a reversal of conviction when the trial judge barred defense attorneys from cross-examining Sinclair, regarding a plea-bargain he received from the Prosecutors’ Office in an unrelated case. Sinclair, given his past criminal record, was facing life in prison, due to circumstances arising from a home-invasion and robbery. He was instead allowed to plead guilty to theft, and ultimately received a light probation sentence.

Judge Patterson concluded, “Had the jury been aware of that…the outcome of the trial may have been different…”

Get Free Consultation with a NJ Criminal Lawyer, Protect your rights. Call 800-709-1131 to speak with a Criminal Attorney.