Acts of domestic violence include physical abuse, psychological abuse, sexual abuse, and even economic abuse.  If you are being abused by a family member, a present or former household member, or someone with whom you’ve had an intimate partner or dating relationship, there is help available. If you are being stalked, there is help available.  Call 911 to summon the police in an emergency.  Call your county’s domestic violence services agency or sexual assault crisis center for help with safety planning, arranging counseling, finding safe housing and applying for other available resources.  Call a NJ Domestic Violence attorney to help you understand and receive the protections to which you are entitled by the law. 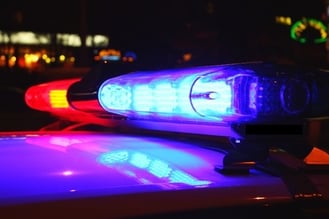 The New Jersey Domestic Violence Act was enacted by the Legislature “…to assure the victims of domestic violence the maximum protection from abuse the law can provide.”  As used in the Act, “domestic violence” means one or more of these acts of violence:


These acts of violence are offenses defined in the New Jersey Criminal Code.  In a criminal prosecution, the State must prove beyond a reasonable doubt that the defendant committed each element of the crime.  The Legislature recognized that this standard of proof is difficult, if not impossible, for victims of domestic violence to meet because most acts of domestic violence take place in private.  Therefore, the New Jersey Domestic Violence Act creates civil remedies for victims of these acts of violence. The Act sets a lesser standard of proof for restraining orders, affording protection to victims who present evidence that it is more likely than not that the act(s) of domestic violence occurred.


Legal actions initiated under the New Jersey Domestic Violence Act are civil matters, but having a Final Restraining Order issued against you can have serious, lifelong consequences.  If you have been accused of domestic violence you should consult a NJ Domestic Violence attorney.  Call 800-709-1131.

Victims of domestic violence who choose to apply for TROs fill out forms of complaint approved by the New Jersey Supreme Court.  During regular court hours these applications are made to the Superior Court at the county court house, where applicants are directed to the domestic violence coordinator.  At night or during weekends and holidays, the police direct victim applications to municipal court judges by telephone.  If you are a victim of domestic violence, you do not need a lawyer to apply for a TRO, but a lawyer can help you organize your thoughts, marshal evidence and identify all the relief to which you may be entitled under New Jersey law.  Call 800-709-1131to speak with one of our NJ Domestic Violence attorneys.  What a victim says in the TRO complaint form is crucial, because the complaint establishes the boundaries of the case to be heard by the Court.  The Court can consider only the acts of domestic violence that are alleged in the complaint to have occurred, and can order only the protections that the complaint asks be put in place.

TROs are issued ex parte, meaning that the judge hears only an applicant’s side of the story.  Before issuing a TRO the judge must find that the Court has jurisdiction over the parties, that it is more likely than not that the defendant has committed one or more acts of domestic violence against the individual making the complaint, and that the individual making the application needs the Court’s protection.  Among the protections a judge may include in the TRO are:

o   “Emergent monetary relief”;
o   Support payments for dependents, including children and the plaintiff;
o   Compensation for medical bills and other damages;
o   Continuation of medical, automobile and homeowner’s insurance;
o   Mortgage and rent payments;
o   Counseling for the victim of domestic violence and for children present when the domestic violence occurred; or

TROs remain in effect until the Court takes further action.

The Court obtains jurisdiction over a defendant when the police or sheriff personally serves the individual with the TRO.  Each TRO directs both parties to appear in Superior Court Family Part in the county where it was issued on a specified “return date”, a day and time that is usually within ten days of when the TRO was issued.  That is when a judge will hear the case and decide whether or not to dissolve the TRO or make the terms and conditions included in the TRO permanent by issuing a Final Restraining Order.

If you have been served with a TRO, you should seek legal counsel immediately.  Having a Final Restraining Order issued against you could affect your relationship with your family and children, your employment, your right to own firearms (including hunting rifles), and you may be marked for life as an abuser.  You need quality legal representation by a NJ Domestic Violence Attorney to protect your rights and guard your future.  Call 800-709-1131.

Final Restraining Orders (FRO) are issued by New Jersey judges after hearings in open court that give each plaintiff and each defendant an opportunity to be heard.  Do not lose your right to be heard.  If there is proof you were served with a copy of the TRO, the Court can proceed in your absence.  If you obtained the TRO and you do not appear to present evidence supporting it, the TRO may be dissolved and you will be without the protections that had been afforded you.  If you are the defendant and you do not appear to present evidence or arguments contesting it, the Court can issue an FRO that will subject you to restrictions or impose obligations on you that could follow you for the rest of your life.  The Court may also order you to pay a civil penalty of between $50 and $500.

Call 800-709-1131 to speak with one of our NJ Domestic Violence lawyers if you need assistance prosecuting or defending an FRO action.

Violations of restraining orders issued in domestic violence cases can be heard as civil contempt cases in the Family Part of the Chancery Division of the Superior Court.  However, if the conduct that violated the restraining order is itself a crime or a disorderly persons offense, violation of the order may be prosecuted as an indictable fourth degree offense in the Criminal Part of the Superior Court Law Division.   Call 800-709-1131 to speak with one of our NJ Criminal attorneys or NJ Domestic Violence attorneys if you have been charged with violating a restraining order.

Domestic violence restraining orders can have significant impacts on divorce cases.  For example, the New Jersey Domestic Violence Act specifically prohibits “…an in-house restraining order which permits the victim and the defendant to occupy the same premises…”  One or the other will have to move from the marital home while the divorce case proceeds.   Support payments, child custody and child visitation are among the many other arrangements specified in FROs that will be in place while a divorce case is pending.  Although the courts are …mindful that sometimes one party to a divorce action abuses the Act to gain advantage in the underlying matrimonial action…”, the arrangements specified in an FRO become “facts on the ground” that may influence how the judge will rule on these important matters in the matrimonial action.

Do not be disadvantaged in your divorce case by provisions that are, or are not, included in the FRO.  Call 800-709-1131 to speak with one of our NJ Family Law attorneys or NJ Domestic Violence attorneys if domestic violence may be a factor in your divorce.

Call 800-709-1131 to speak with one of our NJ Criminal attorneys or NJ Domestic Violence attorneys about an elderly or disabled adult who is a victim of physical abuse, psychological abuse, sexual abuse, or economic abuse.

Gay, bi-sexual and transgender people experience intimate partner violence with the same, or perhaps even higher, frequency as heterosexual couples.  No race, ethnicity, class or socioeconomic status group is immune.  LGBT victims of intimate partner violence are entitled to the same protections as heterosexual victims under the New Jersey Domestic Violence Law.  Nevertheless, societal homophobia often makes the situation for LGBT victims more difficult, causing fewer LGBT victims to report the abuse.  Perpetrators of intimate partner violence often take advantage of discrimination against people who do not identify as heterosexual, and the attendant social isolation they may feel, to impose and maintain control over their victims. LGBT victims of intimate partner abuse deserve strong advocates who will help them find protection and connections with people and resources to reclaim their rightful place in the community. A NJ Domestic Violence lawyer will help you get the protections to which you are entitled by the law, no matter how you identify.

If you are being abused by a family member, a present or former household member, or someone with whom you’ve had an intimate partner or dating relationship, there is help available. Call 800-709-1131 to speak with one of our NJ Domestic Violence attorneys.