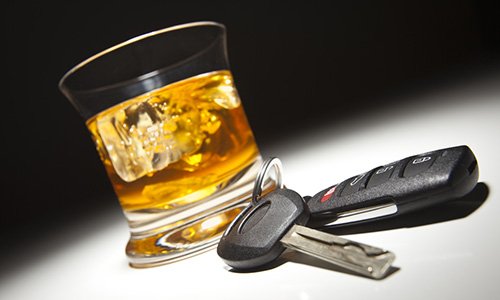 As long as there have been cars, there have been accidents caused by drinking and driving. As technology increases you would think that we'd be seeing large strides in reducing the number of fatalities due to alcohol related accidents. In 2016, the last year we have data for, nearly one third of all traffic related deaths involved alcohol, which is over 10,000 people.

Due to the staggeringly high number of casualties, strict laws have already been put in place to attempt to deter those who might otherwise drink and drive. In 1988 the Omnibus Drug Initiative Act was passed which helped usher in the Administrative License Revocation Law which requires the immediate seizure of the driver's license if their BAC is over 0.08% or if they refuse the test. There was also the 1991 Surface Transportation Efficiency Act which forced states to pass 4 out of 5 laws directed towards lowering impaired driving.

As stated above, it is currently illegal to get behind the wheel of a car if your blood alcohol content is over 0.08%, how much alcohol it takes to get there depends on your size and the relative strength of the drinks. Also, if you're under 21 it's illegal to drive with a BAC of over 0.02%. While, as stated, there are already numerous laws on the books to try and reduce the number of drunk driving accidents, many feel that there is still not enough being done.

A report released by the National Academies of Science, Engineering, and Medicine in January 2018 notes that while there has been improvement over the last few decades more could be done to further lower the risk of fatality. The report details nine areas of improvement they include but are not limited to an increase in sobriety checkpoints, a decrease in alcohol related access and advertising and a lowering of the BAC to penalize anyone over 0.05%.

Unlike previous methods this report focused not law enforcement and criminal repercussions but the National Academies report is focused on detering the driver from ever getting behind the wheel to begin with. There's also a specific attempt to reduce the level of recidivism which is notoriously high for alcohol related offenses.

If you are seeking representation for a DUI/DWI or any related charge call today for a free consultation 800-709-1131 or fill out a contact form on our website for a no-cost consultation.We hope to hear from you today!

Report from the National Academies of Science Engineering and Medicine

Sophisticated employer Michaels, currently has a class-action lawsuit which alleges that Michaels...

Underage and Over the Limit in NJ

The legal limit for alcohol consumption is 21, but that doesn't mean kids won't find ways to drink....