Benefits for All Discharged Veterans 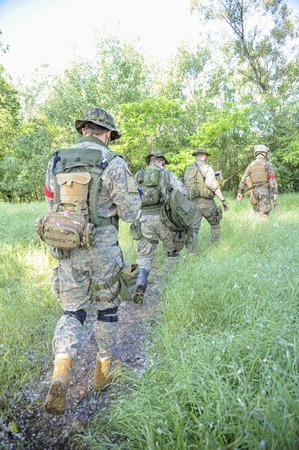 Both the VA and the Department of Defense (DoD) have procedures for providing relief from other than honorable discharges or separations.

Many of the men and women who were deployed to Afghanistan and Iraq, including service members who saw combat during two or more deployments, were discharged or separated from the United States Armed Forces under less than honorable circumstances for behaviors that are a manifestation of Post-Traumatic Stress Disorder, Traumatic Brain Injury or other service-related injuries suffered while on active duty.  These veterans are not getting the benefits they earned through their service. They deserve better.

Equally disturbing, Congressional hearings established that sexual assault is a fact of life in the military. Veterans Administration studies show that nearly a quarter of female veterans and nearly a tenth of male veterans reported a history of military sexual assault when screened by their VA health providers. Many, if not most, survivors of sexual assault suffer emotional and psychological harm that can affect their work performance and behavior.

If you are a survivor of sexual assault whose poor work performance or behavior after being sexually assaulted in the military resulted in you receiving an other than honorable discharge or separation you may be entitled to correct the record and upgrade your DD-214.

If you are a survivor of sexual assault in the military who received an other than honorable discharge or separation, the code on your DD-214 may reveal a medical diagnosis that is incorrect or inconclusive, unfairly labeling and stigmatizing you to your detriment when you seek civilian employment. You may be entitled to correct the record and upgrade your DD-214.

To better serve survivors of military sexual assault, Harlan I. Ettinger took training this month at Rutgers Law School in how to represent veterans seeking VA services or upgrades to their discharge or separation status from the military.

The VA and each branch of the military has its own program and procedures. Let the Simon Law Group help you understand your rights and what you must do to navigate these systems to correct the record and obtain an upgrade of the discharge or separation status reported on your DD-214.

If you or someone you know is a veteran and NOT receiving veterans benefits, call Simon Law Group, and us get you the benefits you were promised. Call 1-800-709-1131 today for a FREE consultation with one of our attorneys today.

For the most part, anyone reading this post can accurately and succinctly describe what a lawsuit...