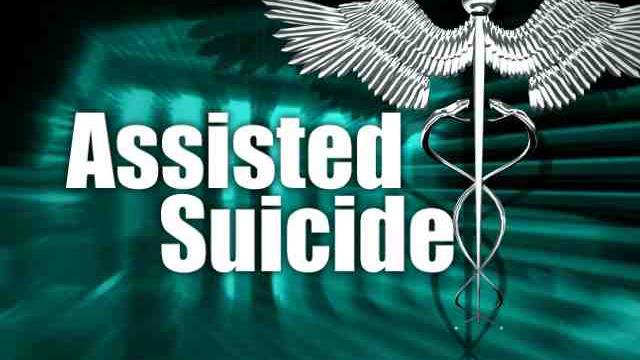 I'm sure most people reading online blogs have known someone

who had a terminal illness and watched them suffer until they passed. A good percentage of those around that person had concerns about their suffering and never wanted to see their loved one in pain. Unfortunately, the laws prevented aid in the form of medicine to those patients so they could die on their own terms.  I'm sure you all recall the news stories about Dr. Kevorkian how he helped terminally ill patients pass on, and because of this, was sentenced to jail as the laws did not permit this.  They still don't in New Jersey. BUT, there is a bill pending (Aid in Dying for the Terminally Ill Act, A2451) which still needs to go through the Assembly and the Senate and ultimately the Governor.  The bill has both advocates and opposition as I'm sure you can surmise.  You can read the article below to hear both sides, all which are valid. Stay tuned on this one as this is a game-changer.

If you are in need of legal assistance, call Simon Law Group for a free consultation 800-709-1131. We are here to help and will be your advocates!

New Jersey residents who are terminally ill and have six months or less to live would be permitted to have a doctor prescribe lethal dosages of medication to end their lives, under a bill a state Legislature committee approved on Oct. 6.

The Assembly Appropriations Committee voted 8-2 in support of the Aid in Dying for the Terminally Ill Act, A2451. The bill's success is far from certain. It still must pass the full Assembly and the Senate, and be signed by Republican Gov. Chris Christie.

Five states—California, Montana, Oregon, Washington and Vermont—have enacted some form of legislation that allows terminally ill patients to end their lives, according to an Oct. 3 report issued by the Portland, Oregon, Death with Dignity National Center, a nonprofit that lobbies for passage of right-to-die legislation.

"This in my mind is where the law should be," Burzichelli said. "This bill provides people with a choice that you and I may not choose."

Brian Murray, a spokesman for Christie, said the administration would not take a position on the legislation until it passes both houses of the Legislature.

There is extensive opposition to the bill, primarily from the Medical Society of New Jersey, the National Disability Rights Network, conservative religious groups such as the Roman Catholic Church and some veterans' groups. Their primary objections center around their moral opposition to suicide and those who fear that terminally ill patients could be forced or coerced into choosing to end their lives.

The bill contains a wide array of rules and restrictions.

A terminally ill patient who has been told that he or she has six months or less to live and who wants to end his or her life would have to be at least 18, a New Jersey resident and capable of making and communicating his or her own health care decisions.

A physician would be permitted to prescribe aid-in-dying medication under certain conditions, including:

•The patient makes two verbal requests to his or her doctor, at least 15 days apart.

•The patient gives a written request to the doctor, signed in front of two qualified, adult witnesses. Qualified witnesses are defined as persons who are not relatives by blood, marriage or adoption; someone who is entitled to a portion of the patient's estate by will or law; the owner or operator of a health care facility where the patient lives or is treated.

•The prescribing doctor and one other doctor must confirm the patient's diagnosis and prognosis.

•The prescribing doctor and one other doctor must determine the patient is capable of making medical decisions.

•The patient must have a psychological examination if either doctor feels the patient's judgment is impaired.

•The prescribing doctor must confirm that the patient is not being coerced or unduly influenced by others into making the request.

If the patient's physician is unable or unwilling to prescribe aid-in-dying medication, he or she would be required to refer to another doctor who is able and willing and provide the new doctor with the patient's medical records.

Proponents include an end-of-life group called Compassion & Choice, liberal religious groups such as the United Church of Christ and persons with illnesses who told the committee they believe they should be allowed to decide on their own how their lives should end.

The committee vote was split largely along party lines with the full support of the Democratic majority. Republican Assemblywoman Holly Schepisi crossed party lines to support the bill.

No vote has been scheduled yet in the Assembly.

Sexual Assault Evidence Must Be Kept For 5 Years