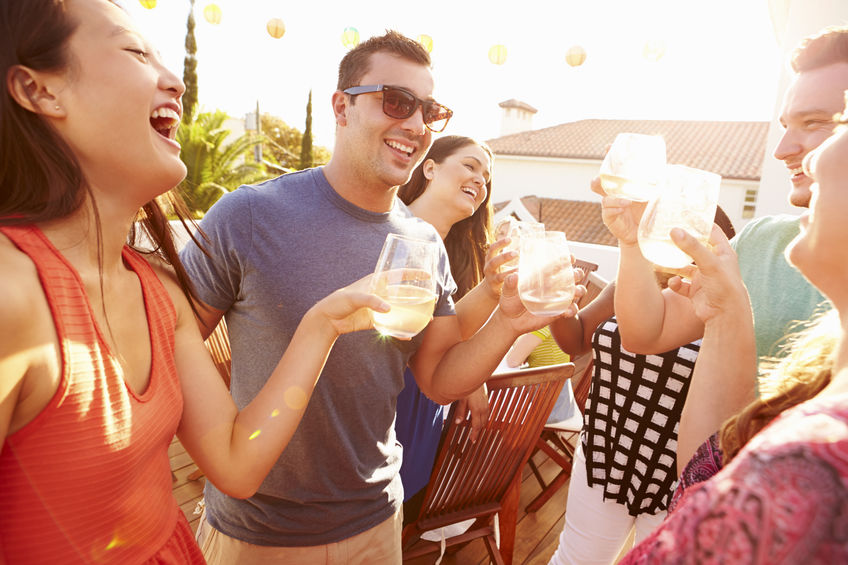 As the temperatures get higher, it might not come as a surprise that more people are getting behind the wheel after a few too many drinks. Summer barbecues, pool parties and picnics make it easy to get casual about drinking. A few drinks on a hot day can seem like a nice, refreshing way to cool down, but it’s important to know when to stop. If you need to drive, know when it’s time to call a friend. 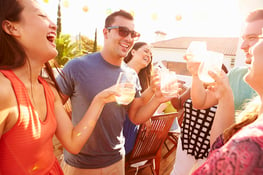 During the summer we have holidays like Memorial Day, the Fourth of July, and Labor Day, which statistically are the highest ranked holidays for drunk driving fatalities. According to the United States Department of Transportation, 39% of the 601 total deaths due to motor vehicle traffic accidents on the Fourth of July, 2017 occurred in alcohol impaired crashes. In fact, the National Highway Traffic Safety Administration has ranked the Fourth of July as the deadliest day of the year.

The Fourth has come and gone, but as we look forward to the Labor Day festivities that are just around the corner, keep in mind that there are ways to avoid impaired driving.

- If you’re the designated driver, don’t drink! If you feel left out try a non-alcoholic cocktail or juice mixed with seltzer water!

- If you decide to have a drink or two, try not to overdo it, and make sure you’re staying hydrated by drinking water in between beverages.

- Never drink on an empty stomach! According to a 1994 study, having a full meal before drinking affects the way your body metabolizes alcohol. This means that having food in your stomach gives your body the ability to slow the absorption process.

- Set a time to stop drinking. If you know that you need to leave by a specific time, limit your alcohol intake and know when to stop!

Most importantly, if you think you’ve had too much, don’t drive! Call a friend, a relative, a Taxi, Uber, or Lyft. There are so many ways to get around now without getting behind the wheel, it’s easy to make the responsible choice.

Don’t drive drunk, it’s incredibly dangerous. A higher police presence in the summer months means more Patrol Cars on the roads, and the higher likelihood of running into a sobriety checkpoint. If an Officer pulls you over for suspected drunk driving, they will have you perform a field sobriety test. If that Officer determines that you have been driving under the influence, you will be placed under arrest and charged with a DUI or DWI. A Breathalyzer test will follow as added proof. Here’s where we can help, it’s time to consider hiring an experienced attorney to handle your matter.

Being found guilty of driving under the influence is something that the State of New Jersey takes seriously, and it can affect all aspects of your life. If your day out doesn’t go to plan, and you end up with an undesirable DUI/DWI charge, contact the Simon Law Group for a free consultation - having a knowledgeable attorney on your side can be crucial. Remember - don’t let your summer turn into a bummer!

Should you need advise regarding your DUI or other traffic or criminal matter, call Simon Law Group

Yes, we are a law firm, but we are not your attorney and this article does not create an attorney-client relationship. Attorneys at this firm are licensed to practice law in New Jersey and have based the information presented on US laws. This article is information and should not be seen as legal advice. You should consult with an attorney before you rely on this information.

3 Things to Know about DUIs this Summer

Summer has arrived, and with it comes the season where the most DUI’s occur. People who are looking...

With July 4th this Wednesday, we wanted to take a moment to remind you that if you've been drinking...

Divorce and Summer Breaks for Children

Summer break poses many challenges for parents whether they are together or divorced. Children’s...