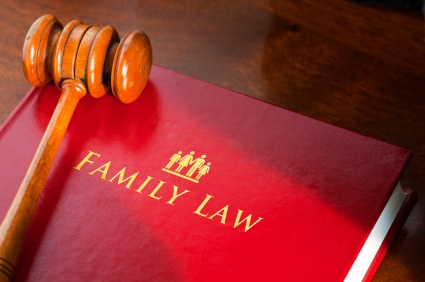 If there is one state entity whose name carries with it controversy and strong opinions, it’s the Division of Child Protection and Permanency, formerly DYFS. It’s the regulatory body responsible for investigating all accusations of child abuse or neglect in the state of New Jersey. This a massive topic, with plenty of nuance, but this short column will be focusing on what happens during the initial stages of a DCPP investigation.

Often the beginning of an investigation starts when a claim of abuse has been submitted. It can be submitted confidentially over a tip hotline. The person facing these accusations does not have a right to learn the name of the person who filed the claim against them. Regardless of the accuser’s identity, or whether that person is acting in bad faith, all of the claims submitted, within reason, are thoroughly investigated.

With a knock on the front door to the surprise of the family, the initial interview starts. They don’t need to inform you that they are coming. The investigators are known to use random checks to attempt to catch the family off guard. You can refuse to answer their questions but once you do it’s an agreement to be interviewed. Here’s what the investigators have to inform you of. That a report of child abuse has been leveled against you, and they have begun an investigation into the allegations. They will also be able to tell you some generalities of the charges that have been levelled against you. You can also ask for the investigators names and the names of their superiors.

During the course of the investigation, the investigators will speak to the child, and anyone else in the child’s life such as their teachers or doctor that may be able to provide further information. Usually any siblings or immediate family close to the home will also be interviewed. This helps build a picture of the child’s overall life.

The investigators may ask the accused to sign a release allowing the access to information that is generally kept private such as medical records. You should never sign anything without fully understanding the extent in which it may affect your rights.

The DCPP is not able to file charges against those it is investigating. It also does not have the ability to arrest anyone. However should the situation warrant it, such as in claims of sexual abuse or the death of a child DCPP is required by law to contact the County Prosecutor’s Office who can should they see reason to move forward with filing charges.

There is no right or wrong way of dealing with the DCPP/DYFS. While they generally close a case within sixty days, during that time many people feel a helplessness dealing with the DCPP. To someone dealing with them for the first time it’s imperative to know what their rights are and the rights of the DCPP investigators. Having the right attorney by your side can potentially keep your family together, and help make the situation feel less suffocating.

Should you require legal assistance, please contact us for your free consultation 800-709-1131. Or, fill out an online form and we can call you.

The New Jersey Appeals Court addresses when the police may order a person out of the car. A Police...

Probation and Parole Violations in NJ

If you've been granted either parole or probation it may feel like you're getting off easy. However...