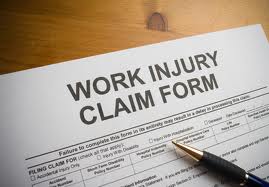 As with most laws in the United States, Worker’s Compensation laws are constantly changing and subject to change. One recent example can be found in Illinois, where the state legislature has been battling with the Governor over Worker’s Compensation reform. Essentially, the Governor is attempting to drastically cut benefits paid to injured workers in the state, in an attempt to make the state more “business friendly” and to cut the budget. In response, the state legislature has agreed to “compromise legislation” which cuts benefits, but not as drastically as the proposed by the Governor.

While such a drastic change to the Worker’s Compensation laws in New Jersey have not occurred in some time, there are constant changes in the law that require the full attention and focus of those who represent injured workers in the state. A knowledgeable Worker’s Compensation attorney in New Jersey is one that constantly checks updates and changes in the law; this effectively allows that attorney to best represent clients through the compensation system.

Be sure to contact Simon Law Group for all your questions about workers compensation. Call us at 800-709-1131 or email us at info@simonattorneys.com

Injured Workers in New Jersey May be Entitled to Temporary Benefits

Injured Workers in New Jersey may be Entitled to Temporary BenefitsWorkers injured on the job in...

The New Jersey Workers' Compensation act has a pretty liberal definition of who qualifies as an...