Marijuana smoke is still probable cause... 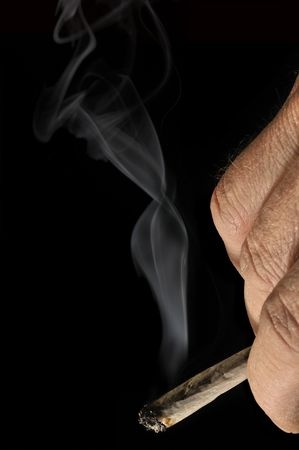 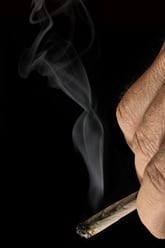 The State of New Jersey has legalized the use of Marijuana under the 2010 passage of the New Jersey Compassionate Use Medical Marijuana Act with strict guidelines. This has come into question when deciding whether the odor or smoke of marijuana still constitutes probable cause for search. The requirements for use of medical marijuana are clear, stating that the individual must have been prescribed medical marijuana by an authorized physician and entered into a state wide registry. Therefore, the court has ruled that if an individual is authorized to use medical marijuana, that individual would be recognized during a traffic stop by presentation of valid documents, therefore the search would not be valid without other cause.

As for individuals who do not posses the valid documents and proper authorization, the odor of marijuana smoke would be considered probable cause. Possession of marijuana is considered a criminal offense in the State of New Jersey and being convicted of such crimes can leave a dramatic impact on an individuals record.

If you have been suspected of possession of a CDS or related paraphernalia of a CDS, speak with a NJ Criminal Defense Attorney today by calling 800-709-1131.

New Jersey's decision to allow the use of medical marijuana does not mean that the smell of marijuana smoke no longer creates probable cause for police to make an arrest or conduct a search, a state appeals court has ruled.

A three-judge Appellate Division panel on Sept. 8 said in State v. Myers that the possession and use of marijuana by anyone other than patients who have received the necessary authorizations still remains a criminal offense.

"We hold that absent evidence the person suspected of possessing or using marijuana has a registry identification card, detection of marijuana by the sense of smell, or by the other senses, provides probable cause to believe that the crime of unlawful possession of marijuana has been committed," Appellate Division Judge George Leone wrote. Judges Jack Sabatino and Michael Guadagno joined in the ruling.

In ruling, the appeals court upheld a weapons possession charge and five-year sentence for the defendant, George Myers.

Myers was arrested on Jan. 7, 2012, after state trooper Matthew Gore responded to a 911 call of gunshots being fired near a home in Fairfield Township, Cumberland County, according to the ruling.

Gore noticed an occupied car parked near a house where there was a party. He approached the car and Myers rolled down the window and told Gore he had just arrived to pick up his cousins.

Gore left and began walking toward the residence. A short time later, Gore heard a woman at another house shouting at Myers, who had pulled his car into the driveway. At that point, Gore smelled the odor of burning marijuana and told Myers and the other two occupants of the car to get out. All three were arrested and a search of the car revealed a small amount of marijuana and a handgun, according to the decision.

After Cumberland County Superior Court Judge James Swift denied Myers' suppression motion, Myers pleaded guilty to a charge of second-degree unlawful possession of a weapon in exchange for prosecutors dropping a drug-possession charge. Swift sentenced Myers to five years in prison. Myers had reserved his right to appeal the denial of his suppression motion.

"The CUMMA creates a limited exception allowing possession of marijuana for medical use by qualifying patients who obtain the appropriate registry identification card," Leone wrote.

"In any event, subject to any pertinent defenses, possession of any quantity of marijuana is an offense," he said.

In order for someone to be able to use medical marijuana, he or she must be certified as in need of its use by a physician, have his or her name entered into a statewide registry and be given an identification card for use at an alternative treatment facility. Otherwise, Leone said, possession of marijuana remains a criminal offense under N.J.S.A. 2C:35-10(a).

When Myers was arrested, the appeals court said, he did not say that he was allowed to use marijuana as part of a treatment program.

Despite that, he argued that allowing an arrest or search because of the mere smell of marijuana is no longer good law.

"However, under search and seizure law, probable cause can arise about objects that are not 'per se contraband,'" Leone said. Rather, probable cause requires a "practical, common-sense determination' whether, given the circumstances, there is a "fair probability" that contraband will be found, he said, quoting the state Supreme Court's 2004 ruling in State v. Moore.

The appeals court rejected that argument, since it is legal to purchase and consume alcohol.

"By contrast, the possession, consumption, and sale of marijuana remains illegal except in the instance of a registered, qualified patient who obtains medical marijuana from one of the limited number of [alternative treatment centers]," Leone said.

Deputy Attorney General Sara Quigley, who represented the state on the appeal, welcomed the ruling.

"The CUMMA provides an affirmative defense for those who are registered qualifying patients, but it was not intended to saddle police with the burden of investigating and proving that a suspect's marijuana possession is unauthorized before acting on their probable cause," she said in a statement.

Myers' lawyer, assistant deputy public defender Amira Scurato, was away from her office and could not be reached.

If you, or someone you know, has been charged with possession of marijuana or related criminal offenses contact Simon Law Group to receive a free case evaluation.

Driving After A DUI Suspension

With all of the modern conveniences such as ride-sharing apps and public transportation, a DUI/DWI...